With almost a delay of one year, as time has been spent in many other tasks, I can finally announce the new release of ControlAula, almost ready to its massive update.

The new version has been rewritten from scratch trying to be more maintainable and make the adding of the contributions an easier task.

It’s also easier to setup and network don’t need to fulfill so many conditions as in previous versions. Anyway, most important changes are on the user side. 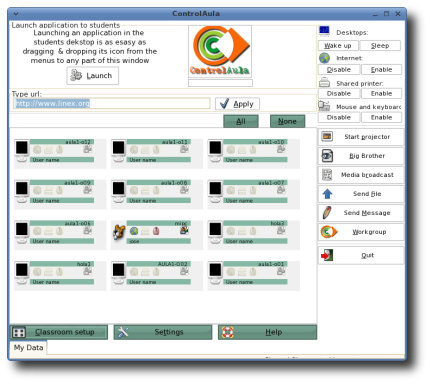 These are some news:

Debian package and sources are available at the forge from Extremadura.

Help, documentation, install guide, etc are <a href="http://www singulair 10 mg.itais.net/help/en/»>available at this site.

Translations are welcome. It would also be great if any native english spoken person wants to fix my spanglish documentation texts.